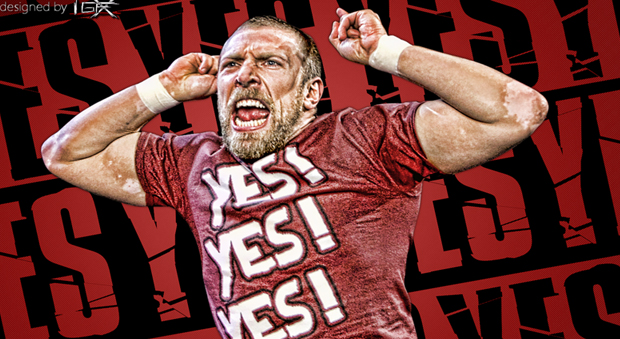 Daniel Bryan chats openly about his life, feelings on some big moments and his career!

Daniel Bryan talked to us about his much anticipated match this Sunday at Over the Limit LIVE on PPV! During this exclusive chat we learned a lot about the former WWE World Champion and his career. During this nearly 15 minute interview Daniel Bryan is not afraid to open up and not take life too seriously. Here’s some of the things he dishes freely on:

Daniel Bryan tells us who his favorite Japanese wrestler is.
Will his match on Sunday be a fight with or without honor?
Which event does he consider to be a breakout for his career?
His memories of the ECWA Super 8 tournaments.
What he would be doing if he was not wrestling full time?
How did he decide to wear The American Dragon mask and what were the reasons he has wrestled with and without it up until 2008?
How he felt being paired up w/ the Miz as his pro on NXT after already speding 10 years in the business?
He also runs us through his emotions on the day he was let go from WWE after Nexxus infamously took over RAW.
What were some of the names he got to choose from after WWE signed him?

He talks on a number of subjects including two of the front and center issues if you are a Daniel Bryan supporter.

How he felt getting shifted to a dark match at WrestleMania XXVII
“Looking over the card I said if any of these matches get moved the preshow match it’s going to be me and Sheamus…” PLUS see what else he has to say!

How it felt to move up one match the next year at WrestleMania XXVIII and then lose in 18 seconds?
“It was disappointing . I’ve always tried to go out there and steal the show… I’ve always tried to go out there and put on the absolute best match possible… That’s what has gotten me to where I’m at…I was really looking forward to all those extra viewers watching WrestleMania. It seems when you go out there and have a great match at WrestleMania that’s better than having a great match on any other show of the year. I was really loking forward to it, so for that to happen it was deflating…” PLUS the positive thing about losing that quickly.

A great interview as we get to know Daniel Bryan a bit better. Definitely worth a listen!