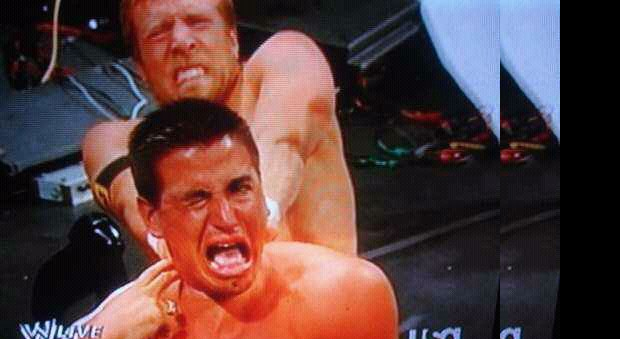 The Most Memorable Summer Angles

The wrestling industry used to use the summer as a head start on the rest of their television competition. All the broadcast channels had re-runs, football wouldn’t be back until September and kids were home from school. Now with every American household having 100 + channels, technology making other forms of entertainment more desirable and out of town sports in general becoming more accessible, it is becoming harder and harder to corner the market. Wrestling has made some bold attempts to snag viewers in the time between Memorial Day to Labor Day. Some attempts have been more successful than others, but all have been memorable.

The Mega Powers vs. The Mega Bucks, 1988. The story arc was perfect. Ted DiBiase pays Andre the Giant to take the title from Hulk Hogan. Andre does but under questionable circumstances and gets stripped of the title. Randy Savage wins the vacated title in a tournament. During that summer, a vengeful DiBiase and Andre set their sights on Savage, who is ultimately aided by Hogan. The set-up for the main event of the first Summer Slam couldn’t have been written better. The actual match left a little to be desired, but the build-up for the four biggest stars in the company to compete in one match was electric.

The Lex Express, 1993. With Hogan officially out, the WWE turned to what they thought would be the face of the new generation. With the biggest non-Hogan push since 1984, there was no doubt Lex Luger would be taking the torch. A body slam of Yokozuna on the USS Intrepid, a country wide promotional tour and even a brand new inspirational song, Luger was poised rake in the cash. Pitted against Yokozuna in a red white and blue themed Summer Slam, all the stars seemed to be aligned for Luger.  It was a fool proof plan … until Luger left Summer Slam without the title. Whether it was Vince getting cold feet about Luger being champion, or some other unknown factors, the Lex Express Tour has a spot in history as one of the biggest missed opportunities ever.

The NWO, 1996. By far the most successful summer angle ever. Scott Hall emerging from the crowd on Memorial Day to start an invasion changed the entire industry for good. His formation of the NWO, led by Hulk Hogan gave wrestling that rough edge it lacked for such a long time. Finally there was an anti-hero the hardened fans could hang their hat on. The first few months of attacks on WCW left an overwhelming feeling of excitement and anxiety for every wrestling fan. While there is much controversy regarding how the angle went on too long, it certainly did its part of keeping fans through the Fall of 1996.

The Invasion, 2001. As successful as the NWO invasion was, the 2001 version attempted by the WWE seems to be taking up real estate in the basement. Botched from the very beginning, the summer long feud consisted of the premiere stars of the WWE battling WCW and ECW mid-card defectors. However, it wasn’t until Steve Austin, a WWE guy, joined the Alliance, did the invaders ever pose a threat. No one ever believed that the WWE would be ousted from Raw, plus people were switching sides so frequently fans could hardly keep track who was on who’s side.

Vince McMahon’s Illegitimate Child, 2007. What was supposed to be “Who Killed Vince McMahon” before the Benoit incident, turned into a paternity soap opera when it was revealed that Vince had fathered another child who happened to be a WWE Superstar. The speculation of who it could be ran wild all summer. It would have been nice if the payoff led to a huge money making feud. Rumor has it the idea was to have it be Mr. Kennedy before an injury took him down earlier in the summer. The result was that Hornswoggle turned out to be his son, and the main event angle was turned into a comedy routine.

. The most blatant attempt at just getting viewers to simply watch Raw came when Vince McMahon announced he would be giving away a million dollars to a Raw viewer on every episode. The buzz generated was great at first, but as expected, it didn’t have the staying power. After a few weeks, McMahon was put in the hospital when a piece of the Raw set fell on top of him, effectively ending the mega millions campaign. Sadly, the Mega Millions theme song and video of Vince’s face plastered on one hundred dollar bills ended with it.

The Guest GM, 2009. Just like the NWO, this is an angle that worked well at first, but went on way too long. The concept was that Donald Trump bought Raw from Vince McMahon, then sold it back to him for double the money and with a few additions. The contract said there would be a revolving door of guest GMs who would take over the show every week. Some were really good, like Bob Barker and Shaquille O’Neill. Others were less than comfortable, like Al Sharpton and Jeremy Piven. The personality of each GM gave each episode character, but the formula got old. It was also clear which celebs actually knew the product and which didn’t. SummerFest anyone?

Nexus, 2010. The concept that sent the wrestling world in a frenzy in June of 2010. In what seemed like a regular Raw, the eight rookies who just competed against each other for one WWE contract for months on NXT, attacked the WWE’s top dogs John Cena and C.M. Punk during their main event match on Raw. The winner of NXT and leader of Nexus Wade Barrett claimed he and his group felt degraded for having to compete against each other, and felt they all deserved contracts. The subsequent attacks on a group of WWE legends and ultimately Vince McMahon led to a much hyped 10 man tag at SummerSlam. The seemingly simple concept fell victim to the perfect storm of disaster from the beginning, including the termination of Daniel Bryan, the injury of Skip Sheffield and they ability of the lesser skilled members of Nexus. In what could have been another success ended up being a missed opportunity.

C.M. Punk’s pipe bombs, 2011. Real life imitating art is always the most intriguing television, especially when it comes to professional wrestling. It is hard to tell how much is genuine and how much was show, but that was the beauty of this angle’s success. It made C.M. Punk a big star through his “shoot” style rants against the WWE, and brought to light the pettiness of contract negotiations. The build-up led to the match of the year between Punk and Cena is Punk’s hometown of Chicago, and undoubtedly solidified the legacy of this hot summer angle.