RAW 1,000 And Why Stone Cold Steve Austin Wasn’t There. –By Steve Austin On July 23, 2012 WWE celebrated the 1,oooth episode of Monday Night Raw. I watched the show from my home in Los Angeles. After watching the show, I got on my Twitter account, @steveaustinBSR, to read responses to the show. There were [...] 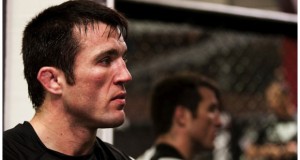 In the video below, UFC fighter Chael Sonnen reveals that WWE Hall of Famer Steve Austin has been helping him with [...]

Deadline Hollywood is reporting that WWE Hall of Famer “Stone Cold” Steve Austin has signed a deal with [...]

WWE Hall of Famer Steve Austin spoke with The UK’s sun this week to promote Recoil on DVD. [...]