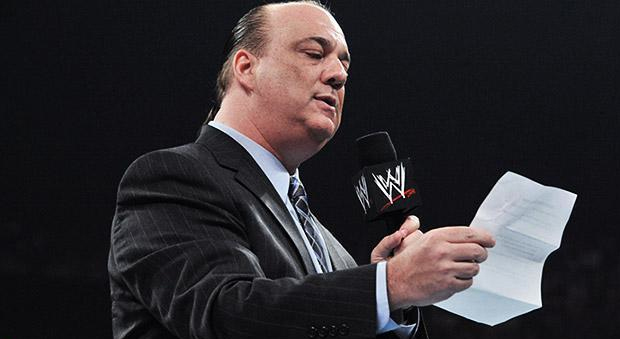 How To Make It In Wrestling

I look at some of these pics, and I realize how blessed I was in my career. Some guys have to wait forever for a lucky break. I managed @AustinIdolLive and Tommy Rich at the age of 21. Also The Orig Midnights, which I got to do on @ESPN. Got to book Windy City at 22 years old. Eddie Gilbert’s assistant booker at same age. Got to debut in WCW on TBS at 23 years old. So I was @JRsBBQ color commentator at 23 years old. NO ONE IS GIVEN THAT OPPORTUNITY IN TODAY’S ENVIRONMENT! I will admit, with all modesty, I #Hustled my ass off, and GOT MYSELF the opportunity with ambition, politics, and pure assertiveness.

Even “down periods” would give me the chance 2 work w/ people like Mean Mark. U know him as “The Undertaker”. At 26, I managed @SteveAustinBSR, Rick Rude,Arn,Eaton, Zbyszko … The Dangerous Alliance (didn’t forget @Madusa_Rocks). I’m working with these legends, these giants of the industry, these absolute top guys in my 20s. In today’s system, most super talented people spend a great portion of their 20′s just trying to make it onto the main roster. … and yes, that has to change. I got to take over the creative of #ECW a week after my 28th birthday. By the time I became @JRsBBQ commentator on @WWE #Raw in 2001, I was 35 years old. STILL a “kid”… … but I was already a veteran with decades in the business, and yet a 35 year old today would just be getting that chance. … and working with @JRsBBQ on #RAW allowed me to commentate Wmania 17 and @SteveAustinBSR vs @TheRock … By the time I worked with Brock Lesnar, which has become my best known managerial role, I was 36 years old … I look at some of these pics and videos #HustleTweeters send me, and I realize what an amazingly blessed career I’ve had …

I’ve had more lucky breaks, more open doors, more perfect-storm-timing-opportunities than anyone else I’ve known. These pics don’t just remind me of “accomplishments,” they remind me of what a lucky bastard I’ve been to be able to work with these magnificent people, and play these roles, under these various circumstances. I’ve hit the lottery so many times, it’s easy to just “expect” the next opportunity, or get a sense of entitlement. But I’ve never felt entitled. Always blessed. Privileged. Lucky as all Hell. And yet, I know how much hard work goes into it, and how you have to SCORE with your opportunities.

The next generation in this (or any other business) doesn’t just need to “Step Up,” they need to “Stand Up” and “Get Noticed!” Think it was easy for @CMpunk? Think it was easy for @WWEDanielBryan? They had to scratch and claw and fight for every inch of turf they could pry away from the previous generation, who made them fuckin’ earn it!!! It’s not about backstabbing. It’s not about kissing ass. It’s not about pulling a hot stunt and getting momentary publicity. It’s about creating your own opportunity (like @SteveAustinBSR did with “Stone Cold”) and working harder than every1 else looking for the big break, the next chance, the golden opportunity.

This isn’t a pep talk. It’s the lay of the land as I see it in today’s sports entertainment industry. I would have written a blog, but who knows if anyone will click on the link? And while this may be a “stream of consciousness” diatribe, it’s a message to those who may be getting frustrated, a message to those who may be wondering “will I ever get that chance? that break? that opportunity?” DON’T WAIT FOR IT TO COME TO YOU! RELY ON YOURSELF!!!

Do you think @SteveAustinBSR relied on anyone? Did HHH? Did @TheRock? Did Hulk Hogan? Did @CMpunk? With great humility, I ask you, did I? FUCK NO. If there was no opportunity, I created my own, pushed my way in manipulated the circumstances to beg, borrow, plead, blackmail, bribe, cajole, threaten, bullshit and/or manufacture. All I wanted was a mic in my hand and a time frame in which I had to deliver my message. I knew I would score. I’ve seen it in this business for ages. I saw @ShawnMichaels go from tag team wrestler to greatest all around in-ring performer ever. Think it was easy for him? I remember when Shawn and Marty were blackballed in the business, and could only work in Ala-fuckin-bama. Think it didn’t take @ShawnMichaels everything “and then some” to break out of The Rockers and get a chance as “HBK”?

AMBITION. ASSERTIVENESS … and the ABILITY TO BACK IT UP is what it takes to create the next generation of main eventers. The talent is there. The opportunity has never been more widespread. The need for new main eventers is readily apparent. “DOCILE” and “COMPLACENT” and “HUMBLE TO A FAULT” won’t cut it. While a dose of humility is always needed, that “main event confidence” is just as important. And it’s time for the next group of superstars to stake their claim and create their own generation for others to follow. Period. Excla-fuckin-mation point. The lecture is over. Pontification has ended. Hope I’ve been of help 2 ANYONE who follows this acct and maybe even to someone who doesn’t! We now return to our regularly scheduled nonsense, #HustleBootyTempTats, and shameless @HeymanHustle website links!