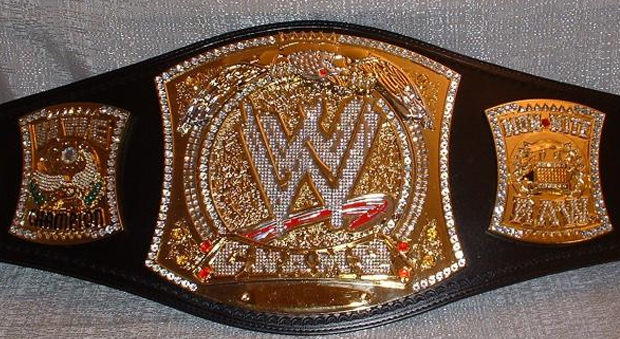 CM Punk appeared at the Philly Comic Con  this past Saturday and answered some questions.  He was asked if WWE  is going to retire the spinner belt.  As John Cena has also said in a past interview w/ us, the belt is not really as loved as one would think:

“I email people that you people don’t know exist and I bother them constantly about this damn thing. There is a new title. I’ve seen it. I’ll probably get in trouble for saying it, but I don’t think it’s any better than the current one.”

“It’s better than [the spinner belt]. They literally just made it. It’s about 20 pounds heavier than this one. I keep preaching that I want to be the guy – if I’m not the guy who doesn’t produce a new title, then I’ll be a liar, and I don’t want to be a liar. It’s out there, and it’s coming soon.”

Punk also discusses tons more.  You can see the spinner bely comments around 34:00 in :

CM Punk Speaks On Austin And Takes A Challenge!