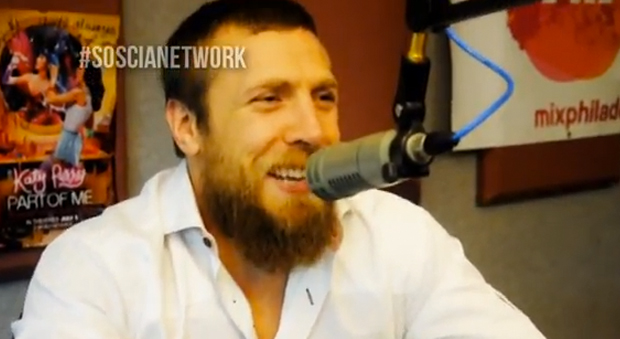 Daniel Bryan recently came by the studio to chat w/ us and we covered a lot of ground!  Here’s just a few things we chat about:

What kind of guy is he?
Why he is no longer a vegan?
Has a woman ever screamed “YES!” while having sex with him?
What is his dream gimmick?
What kind of animal would he carry to the ring if he could carry one?
The fact that he was extremely shy in front of people.
Why he changed his name to Daniel Bryan and who told him that name would be a good idea?
What is his least favorite letter in the alphabet?
ALSO: Watch as someone from Daniel Bryan’s past confronts him at the end of the interview!
PLUS much more!

For those of you who don’t know about Ken The Box, we have talked w/ numerous people in WWE about him.  He is somewhat of a cult figure for certain people in the locker room.  Daniel Bryan is the one that started all the Ken the Box talk.  If you’ve never seen Ken The Box is, here you go: