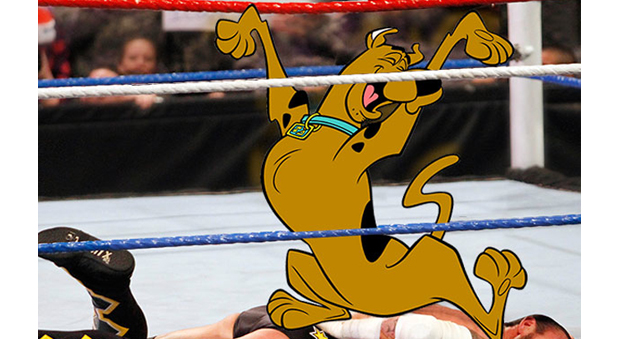 Warner Brothers and WWE are co-producing a cartoon version of Scooby Doo with a WWE tie-in. The story is Scooby Doo and his gang solve a mystery of a crime that takes place around WrestleMania. Characters who will do voice overs and play themselves in the movie are Vince McMahon, HHH, John Cena, Kane, Miz, Brodus Clay, Santino Marella Sin Cara and A.J. The story is that Shaggy and Scooby win tickets to WrestleMania and they travel to attend the show, but a ghostly bear shows up with intentions on ruining the show.