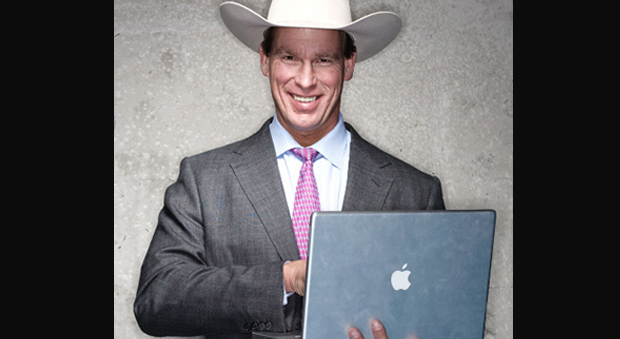 By: John ‘Bradshaw” Layfield
Chris did what most old heels would have done, he reacted and a decade ago it would have been loved for the heat. However, times change and we have to as well-Chris acknowledged this and apologized. Chris is a wonderful person and one of all time great entertainers-there was no malice here from what I see and know about Chris. A mistake was made and is being dealt with.

As far as being illegal, please, if done in an entertaining arena it is considered as such. Like saying you can prosecute Anthony Hopkins for cannibalism because of his role in ‘Silence of the Lambs’. I understand the arguments, I went through same thing in Germany and it was never considered a problem in Germany-only over the Internet and the Internet reporters. Chris’ intent was to entertain not insult anyone in Brazil or the great Brazilian fans.

Times change and for the better. Chris did what a ton of older heels would have done and he reacted. He is being punished and he apologized. He is one of all time greats and a great friend, old habits are hard to change but we must.

Times change and we have to change with it, and we all will.

As far a similar incident in Germany:

‘Back in the day’ wrestlers flipped off crowds, spit at them got into fights with them, etc-was a different era. Me doing a goose step years ago, in Germany to make the fans mad was something everyone did (in fact so much that it had quit getting heat years before), was it right-no, it was just cheap heat from a different era same as yelling crude names at crowd. The night I did it that became famous there were several other guys who had done it, I had been on tours and I lived in Germany for two years and had seen when every match would do it. It had become a real cheap heat getter-that no longer worked because everyone was doing it. Fritz Von Erich and Barron Von Ratszche had made a living off of it-but like trying to make a living off of Vietnam or Civil War references it’s time had passed.

Problem came when a reporter (from my understanding) who had a vendetta against Vince sent an email to the network I had just signed a deal with-they didn’t want any controversy and fired me. Best thing that ever happened to my wrestling career as I got tons of media and real heat off of it-in the corporate world of today it would be all negative and I would probably be suspended or fired-and rightfully so, it wasn’t that long ago but was a different era. Vince explained to the network that it was just part of a fictional show like Sgt Shultz in Hogan’s Heroes, but the folks there at the time didn’t get it.

This event helped make the JBL character as it got me so much main stream media, which also had a negative side as some never got that it was part of a fictional show.

There were Internet reports that I was being deported and charged, all ridiculous charges. That was never brought up. It was no big deal in Germany as it happened every wrestling match and no one there complained-it was so common in German wrestling that no one there even noticed. I let those charges go unanswered as it was getting me massive heat. I even suggested a shirt “You got fired” but WWE felt like it would die quickly and by the time shirt came out no one would care, which was true.

I gave Eddie’s mom a heart attack on Mother’s Day and tried to run over Cena with a car-personally I think that was worse, ha, but somehow folks realize that’s a work but some things aren’t-nature of the beast.

It still gets brought up every once in a while, good to be remembered:)