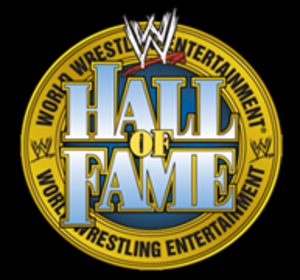 The Hall of Fame TV show will air on 4/2, at 8 p.m., prior to Raw on the USA Network. It was announced that the inductions of Edge, Mike Tyson and the Four Horsemen would be on the show. If the deal with TNA hadn’t been reached, it was only going to be Edge and Tyson on television.

With Edge, Tyson and the Horseman all on television, and an inability for the show to go past one hour, the television version is going to come across as rushed, and probably heavily edited. I believe that Edge and the Horsemen are limited to ten minutes total for their speeches live.

As of press time, the order was scheduled as:

*Yokozuna – Inducted by Rikishi (his cousin) and Jimmy & Jey Uso

Mike Tyson, when interviewed by the Los Angeles Times this past week, had the subject of the WWE Hall of Fame brought up. He said, “They think I belong in there and want me to fly out and get inducted into their hall. I’m not going to argue with them. I’m ecstatic. I watched wrestling before I ever watched boxing on TV. Bruno Sammartino was my favorite, but I liked all those guys, Junkyard Dog, Nikolai Volkoff, the Iron Sheik and Superstar Billy Graham.”

- One of the things TNA wanted when negotiating with WWE for Ric Flair’s Hall of Fame participation was that they wanted it to be said in some way during the show that Flair worked for TNA or was there due to TNA. No word yet if WWE agreed to that particular stipulation but it was one of the key things that was being discussed over the past few weeks.

- All Hall of Famers are being limited to ten-minute induction speeches. With Edge, Mike Tyson and The Four Horsemen being featured on the one-hour TV special next Monday, the TV part will likely come off as rushed and it will be heavily edited.

The Latest On Bruno Sammartino And WWE Hall Of Fame