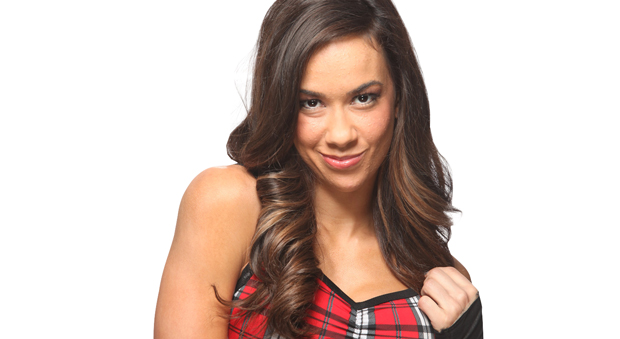 If ever there was a time to bring back Cyber Sunday/Taboo Tuesday, this would be it. Imagine the hype – Pint sized diva AJ is torn between C.M. Punk, Daniel Bryan and Kane. She is so distraught about having to choose, she asks the fans to pick for her. The AJ story line is the most intriguing thing going on Raw right now. The natural progression of the story tells us the decision should have been made already. It seems there are two reasons it is still going. The first is because it is generating a lot of buzz. The second is probably more logical. They don’t know where to go from here. The entire company knows this has the potential to go really well, but it can also end really bad. All three choices could work if executed properly. Here are just a few thoughts on how to make the decision. 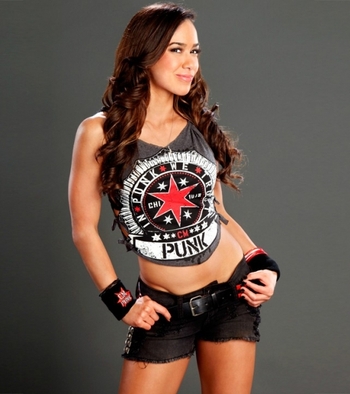 C.M. Punk. – AJ reveals her love for Punk, but over the weeks her love starts turning to worship. She throws herself in front of opponents to save Punk, offers to carry his bags, maybe a segment where someone disrespects Punk and AJ starts challenging them to a fight. Suddenly AJ is no longer seen with Punk and she refuses to talk about it. Rumors run rampant over Twitter and WWE.com. After a couple weeks, Punk begrudgingly addresses the issue in the middle of the ring. He claims AJ was great but she became addicted to him and broke up with her because it wasn’t a healthy relationship for either of them. Towards the end of the year, AJ starts hanging around with Cody Rhodes. She starts worshiping Rhodes, but he likes it. Cody takes advantage of AJ and treats her like his slave. At the Royal Rumble, AJ and Punk run into each other for the first time since their split. Punk shows compassion, but AJ is timid. AJ helps Cody win the elimination chamber, but suddenly the sparks between Punk and AJ return. This builds to a Wrestlemania match for the WWE title where AJ’s loyalty to Rhodes is tested. 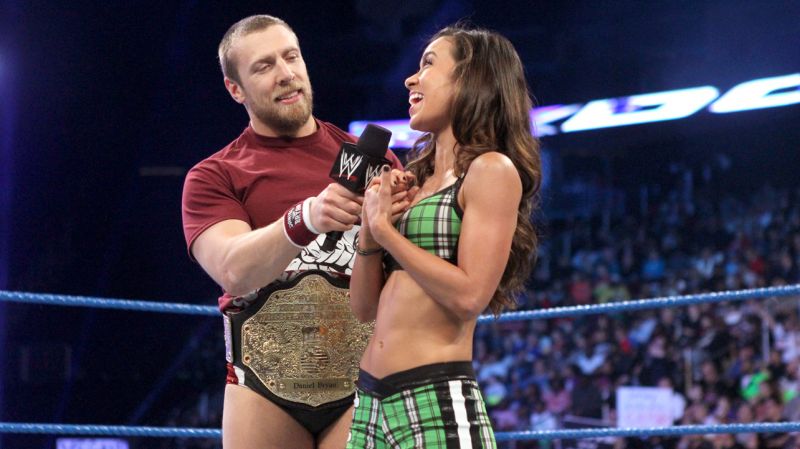 Daniel Bryan – AJ goes to Punk with a black eye saying Bryan struck her. Punk demands to face Bryan, but Bryan says he will only do so with the title on the line. AJ helps Bryan win the title, and wipes away the black eye to show it was make-up. The next week, AJ and Bryan are gloating in the ring when the GM comes out. It would work really well if it was Stephanie McMahon returning for the night, but anyone will do. Stephanie mentions how she used to pull tricks like that all the time, and she admires her savvy. However, now she is an executive and does not appreciate them messing with her title. Stephanie tells AJ she can keep her job as long as Daniel Bryan is champion. “That means, if and when Daniel Bryan loses the WWE title …AJ – you’re fired!”. AJ has anxiety for every title match, and does everything in her power to make sure Bryan keeps the title. That includes getting disqualified to keep the title, forcing Bryan to walk away and get counted out etc. When Bryan finally loses the title, AJ is escorted out by security. Bryan begs whoever the GM is at the time to reinstate her. After a few weeks of begging, the GM is willing to make a deal with Bryan. The audience is not made aware of the deal until the Royal Rumble. During the Rumble, Bryan comes in and eliminates Randy Orton as a favor to the GM. The GM does not like the attitude of Orton and considers Daniel Bryan to be the superior athlete he should model himself after. AJ is promptly reinstated and joins Bryan in his feud against Orton leading to Wrestlemania. 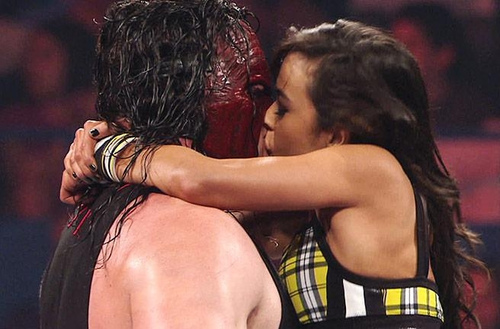 Kane – During a match between Punk, Bryan and Kane, AJ gets knocked unconscious. Kane is livid and destroys the ring side area, tombstones security, referees and anyone in his way. Two weeks later, the GM tells Kane they cannot afford having Kane on the roster because he is too much of a liability. Kane begins to throw things around again, and AJ comes in to calm him down. The GM sees AJ is the only calming force in Kane’s life, and says he can stay if AJ agrees to act as his handler. AJ agrees because she feels guilty for the destruction at Kane’s hands. AJ handles Kane well for a while. In a backstage segment, Jack Swagger offends AJ. Later in the show, Kane storms to the ring and destroys Swagger. AJ smiles devilishly, realizing she is in control of a monster. AJ sends Kane on a path of destruction all the way to the whoever Kane’s Wrestlemania program will be against.