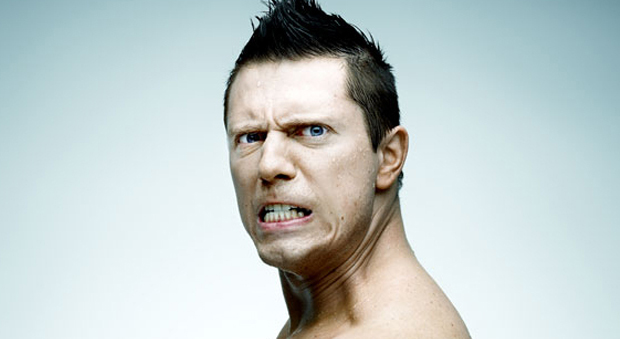 The Miz’s mighty mouth is responsible for his meteoric rise to the top of the WWE. To say Miz’s best asset is his razor tongue is not an insult. The truth is, the majority of the WWE Universe is not shelling out money for work rate. They want to see either their favorite personality win, or someone they loathe lose. The Miz falls more into the latter category, but that is his role. The Miz is not a technical master, but in all fairness, his character shouldn’t be. The idea of “The Miz” is that this motor mouth punk somehow keeps winning by skill, luck, cheating or underhanded tactics. It is the basic formula of a heel in professional wrestling. The execution is more difficult.

His success is essentially character enhancement. The more he wins, the more he is hated. The majority of interest in his recent feud with R-Truth was to see the Miz get “got”. In what other industry is business driven so much by hatred?  If you are a Red Sox fan, would you pay to see the Yankees lose to anyone but your home team? Do people watch Two & a Half Men because they hate Ashton Kutcher? You have to evoke some kind of passion in your audience. This isn’t a tangible element, but something the Miz undoubtedly has. There is a buzz around everything he does. He’s seems to be getting less and -less television time each week, but every weekly Raw re-caps talk about how he is not being used properly.  Behind John Cena and C.M. Punk, Miz is probably the WWE superstar least likely to leave the fans feeling indifferent. Everyone seems to have an opinion about Cena and Punk, and Miz is certainly in that ball park as well. There are superstars like Dolph Ziggler and Daniel Bryan that everyone seems to like, but those who don’t like them typically don’t “hate” them.

So what is the plan with Miz? He could be serving a long term punishment for sloppy ring work, but surely everyone has forgotten about that by now. I suspect they are burying him now, so when he is finally back on top, he will have even more heat. You don’t send a guy you have no faith in to represent your brand at the USA Network Upfronts, or to Brazil to promote a huge international tour. If I had a company, I’d be thankful to have a reliable resource like the Miz who can be used in so many different ways. You can build a main event feud around his character, have him enhance mid-level talent or even be the face of your company. And to think it all comes from having a big mouth.