The Big Show? By Jason the Ace 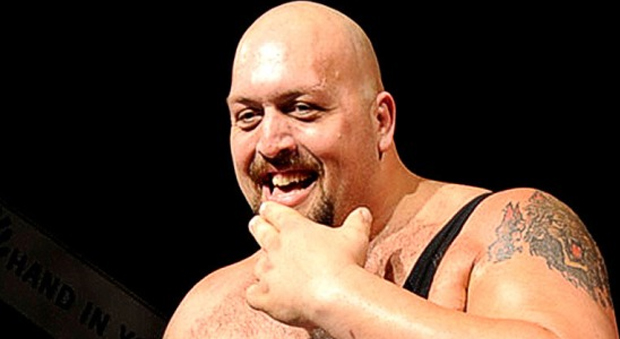 The Big Show?
By: Jason the Ace

Gorilla Monsoon frequently used an expression about going to the well “one too many times.” In regards to the Big Show’s run as a main eventer, it is like they have gone to the well, came back empty the past three times, but for some reason continue to drop that bucket expecting water.
The Big Show hasn’t been a legitimate box office draw since WCW. He was a monster in 1995-96. He flourished as the feared heavy hitter for the NWO, and then as their bitter rival. His jump to WWE in the Attitude Era made noise, but couldn’t possibly have made too much of an impact on ticket sales. From there, the character took a turn for the worst. He floundered in the mid-card with feuds with the Big Boss Man, failed to gain any interest in a program with Brock Lesnar, took up space during the brand extension and finally took a leave of absence after an ECW title run. When he returned he made a big punch in the start of a program with Floyd Mayweather, but the intensity of the kickoff didn’t translate all the way to Wrestlemania.

In 2009 and 2010 he won back some respect with his successful tag team title runs with Chris Jericho and The Miz. At this point, all options have been exhausted.
There are three very big related problems with putting The Big Show in a main event program.

1. He is not seen as a legitimate threat. Sources who maintain win/loss records have the Big Show suffering 163 televised pinfall loses in his career. Think about that. The man billed as the World’s Largest Athlete has had his shoulders pinned to the mat for a three count on 163 occasions. The same source has Vader suffering 43 pinfall defeats and Andre the Giant at an impressively low 18 pinfall defeats. True there is more television and pay-per view in this era, but the concept could still be executed. Andre and Vader were protected by the company. Even in defeats, they never seemed vulnerable. 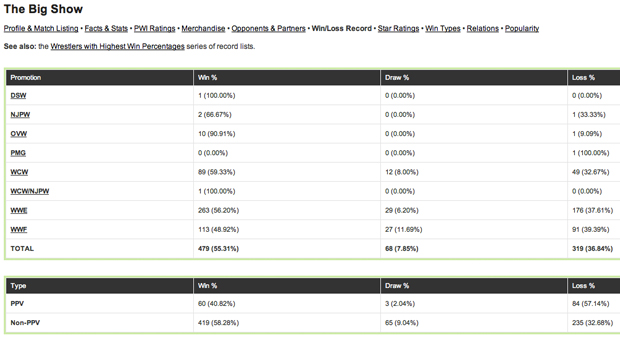 2. He isn’t marketable. In a continuation of the issue above, if you are no longer “the monster” of the company, you have to attract fans in some other way. Fans don’t really want to be the Big Show. He’s not “cool”. CM Punk is cool. Randy Orton is cool. Big Show is … oafish. He doesn’t do anything remarkable in the ring. He doesn’t endear himself to fans. Andre had the personality that made him likeable. Big Show is known for lumbering down the ring and spitting all over when he talks.

3. He is overshadowed by his colleagues. Weird to think Show could be overshadowed by anyone, but this is metaphorically. The feud with Cena wouldn’t work without Cena and John Laurinaitis. When he was a team with Miz and Jericho, they outshined him by far. Remember his feuds with Eddie Guerrero and Triple H? If you don’t, don’t feel bad because they didn’t do anything but fill a spot on the card.
Now he is being asked to carry a main event program with John Cena. There is only one problem. The Big Show no longer seems like a legitimate threat to beat anyone.