Part 1: The 10 Most Impactful Deaths in Pro Wrestling 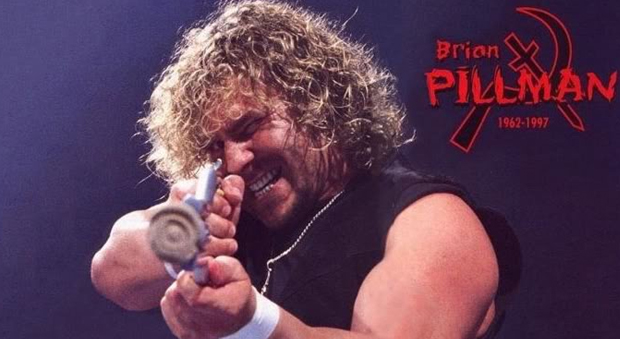 10 Most Impactful Deaths in Pro Wrestling

A two part article by BTM columnist JP, check back for part two next week on 5/23.

Pro wrestling is pretty f*cked up.

I know, I’m not exactly breaking new ground here. Anyone who has followed the industry even somewhat casually over the past 25 years has seen the staggering amount of wrestlers under the age of 50 that have died. The percentage far dwarfs deaths in rock music, movies, and sports, yet for the most part is generally overlooked by the mainstream media, outside of the occasional HBO Sports piece, or newspaper column. The NFL is currently withstanding a firestorm of news regarding safety and concussions in the NFL, after future NFL Hall of Famer Junior Seau committed suicide at the age of 43, and several other similar deaths in part attributed to the effect of a career’s worth of brain injuries. Still, the overwhelming feeling of, “Well, it’s just a wrestling, who cares?” is taken by most of the viewing public, as the sad body count continues to pile up. Even sadder, with many deaths in wrestling these days, they are taken with a sympathetic nod and an “RIP” post on a wrestling newsboard. If the newly deceased wrestler is lucky, they might even get a five second graphic with their picture on it to start RAW or Impact. But for the most part, deaths are so frequent, so regular in wrestling, that most don’t even register as a blip on the news radar.

This was almost a sad piece to even research. It’s tough to view a person’s death as not as important as someone else’s. Still, with the overwhelming number of tragedies in wrestling over the past 25 years, it sadly comes with the territory. The following is a compiled list of the 10 Most Impactful Deaths in pro wrestling, and why their death had such an impact on the wrestling industry and the general public.

A longtime mainstay in the 1970′s era of the WWF, Roth managed Stan Stasiak and Superstar Billy Graham to WWF Heavyweight Championship reigns. Known for sunglasses, sequins, and a colorful turban, Roth was a prototypical heel manager in an era where most top level guys had managers who could talk for them and bump for the faces. Roth also managed Pat Patterson during his reign as the inaugural intercontinental champion in 1979.

So what made Roth’s dead so impactful? Like many situations in professional wrestling in 1983, Roth’s death signaled a symbolic changing of the guard. For over ten years, the WWF heel manager stable had been ruled by Classy Freddie Blassie, Captain Lou Albano, and Roth himself. Together, the three were known as the “Three Wise Men of the East”, and were known for bonding together in and outside of the ring. Roth’s passing was the beginning of a new golden era of wrestling managers. Albano and Blassie would be phased out within the next few years, opening the door for AWA mainstay Bobby “The Brain” Heenan, longtime Memphis mouthpiece Jimmy Hart, tag team veteran turned manager Mr. Fuji, as well as relative newcomer Slick. Just as Roth and company had ruled the heel manager portion of the roster in the seventies, this new wave of managing talent would rule the WWF for the next decade, paving the way for the Rock N Wrestling Connection, and the Wrestlemania era.

The Grand Wizard doing what he did best:

A very sad death for modern wrestling fans who had watched Pillman evolve as a performer for over ten years. Starting out as a high flying cruiserweight with the nickname “Flyin’ Brian”, Pillman over the years had taken on a more edgy character, and was the talk of the wrestling industry in 1996 with his brilliant “Loose Cannon” gimmick, one that few seemed to know how or where it ended at. An admitted steroid user early in his career, a serious car accident had shattered Pillman’s ankle, and with it, his ability to perform at a high level. Pillman was allegedly well known to use alcohol and prescription drugs at a dangerous level, and while his death was attributed to an undetected heart condition, doctors who performed the autopsy concluded that his prolonged use of drugs and alcohol had contributed to his early passing.

Pillman’s death was at the time, a nightmare for Vince McMahon. While many professional wrestlers had passed away, this was the first time that a regular Pay Per View performer had died while currently under contract to the WWF, on the day he was supposed to wrestle on a Pay Per View, no less. While many hoped Pillman’s death would serve as a wakeup call to many wrestlers, it didn’t appear to be the case. This was also the first time the WWF had gathered their entire roster for a ten bell salute in the ring, and dedicated the entire show to a wrestler’s memory. Sadly, it would not be the last.

In the early 1980′s, while the WWF, AWA, and Jim Crockett Promotions ruled their respective territories across the United States, a revolution was taking place deep in the heart of Texas. The Dallas wrestling territory had hosted “Big Time Wrestling” from 1966-1981, led by owner and promotion top draw Fritz Von Erich. While always holding a level of popularity for its heated action, and weekly cards held at the fabled Dallas Sportatorium, the promotion changed its name to World Class Championship Wrestling(WCCW) in 1982, and rode a wave of momentum to record attendance levels across the region. No feud quite captured the attention of WCCW fans quite like the historic feud between Fritz’s sons, the Von Erichs, and the rival mega heel Fabulous Freebirds, led by Michael PS Hayes. Legacy vs Rebellion. The Great State of Texas vs. Badstreet USA. Fritz groomed his sons to be future stars in wrestling, and at the time, no star was brighter than David Von Erich, the “Yellow Rose of Texas”. Involved in wrestling since his teenage years, David along with brothers Kerry and Mike, were groomed for stardom. In early 1984, the Von Erich/Freebird feud was at its peak, and rumor had it at the time that David Von Erich was being primed for a run as the NWA Heavyweight Champion of the World.

Sadly, it was not to be. On a tour of Japan in February of 1984, David Von Erich was found dead in his hotel room. The cause of death was officially listed as intestinal enteritis, many suspected a drug overdose. Nonetheless, David Von Erich’s death was the beginning of the fall of the Von Erich dynasty, as well as WCCW as a fledging promotion. Some Texas fans regarded his death as the “end of innocence”, and while WCCW still remained popular, it would never again reach the levels it had previously been at with David Von Erich as a top star. Over the next ten years, the company would again be rocked by the deaths of Kerry and Mike Von Erich, as well as top heel Gino Hernandez. The NWA disassociated itself with the WCCW promotion, and the company closed its doors in 1990, just six years after David’s death.

While many things make the professional wrestling a unique one, of the main characteristics of this strange industry is the strange relationship between promoters and wrestlers. In a profession with no union, no benefits, and performers all regarded as independent contractors, promoters and wrestlers alike have waged war over the years over money and creative issues. A standard distrust and dislike permeates this relationship, and many wrestlers often have horror stories of being stiffed on money or promises made. Tales of the old territory days of wrestling often sound like a Wild West show. The one general rule in wrestling amongst the talent is that a wrestler himself has to be the one to look out for themselves first, because no one else will.

Take Bruiser Brody, for instance. During his legendary 15 year career, Brody was regarded as one of the greatest brawlers in the history of wrestling, as well as being a general pain in the ass for promoters to deal with. While widely regarded as a nice guy and family man, Brody was also a calculating shark when it came to business. He often would refuse to job, and was well known as having tumultuous relationships with most promoters he worked with. In July of 1988, while on a tour of Puerto Rico for Capitol Sports Promotions, Brody was stabbed to death in a locker room stall by wrestler/promoter Jose Gonzalez, following a brief scuffle. The actual stabbing was not witnessed by anyone, but several American wrestlers witnessed the aftermath. No one would testify on’s Brody behalf for fear of their life, and Gonzalez was acquitted of the murder in January of 1989. This would lead to many American wrestlers not returning to work in Puerto Rico, remembering Brody’s cold blooded killing. During the infamous locker room confrontation between Bret Hart and Vince McMahon after Survivor Series 97, Davey Boy Smith warned other Hart allies to remain in the room, urging them to remember what happened to Bruiser Brody. A sad chapter to Bruiser Brody’s legacy no doubt, but an impactful reminder to fellow wrestlers to keep their guard up.

Brody wrestling against the man that murdered him:

While not well known by North American wrestling fans, Mitsuhara Misawa was regarded as one of the greatest wrestlers of all time, and one of the biggest stars of All Japan Pro Wrestling for twenty years. Starting his career as the second coming of the Tiger Mask gimmick, Misawa unmasked in 1990 and wrestled under his real name. He went on to pattern a career destined for the Japanese record books. A five time All Japan Triple Crown Heavyweight Champion, and three time winner of the Wrestler of the Year Award by the Wrestling Observer Newsletter, Misawa’s legend among Japanese fans was as highly regarded as any performer in the history of puroesu. Misawa was well known for his stiff and physical style of performing, and as he got older he continued to perform in the same manner, even with the toll it was taking on his body.

Tragically, this toll would wind up costing him his life. In a tag team match in June of 2009, Misawa took a back suplex from wrester Akitoshi Saito and never got up. While certainly a stiff bump, it was no different than many Misawa had taken over the years. What wasn’t well known was that Misawa already had spine and neck issues from years of hard bumping, and this suplex was the one that finally was his limit. He suffered a paralyzing cervical spine injury from the suplex, and went into a cardiac arrest he would not recover from. His death sent shockwaves and sadness throughout the wrestling world, and added speculation as to the safety that the stiff Japanese style afforded its performers. Following Misawa’s death, several promotions in Japan made strides towards regulating professional wrestling in Japan, for the benefit and health of everyone involved.
A fan’s Misawa tribute: