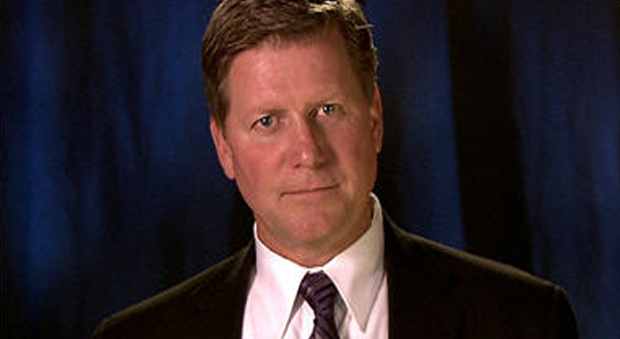 BY: Jason the Ace

Executive Vice President of Talent Relations John Laurinaitis gets an unfair reputation for being too quick to release talent. The release of Tough Enough winner Andy Leavine has the industry snickering at the thought of the WWE pulling the plug on another young prospect. However, I feel exactly the opposite. I think they wait too long to give superstars their walking papers. Isn’t there some expression about doing something or getting off the pot? How much mid-level talent is needed on the roster? There should be two types of wrestlers on the mid-card. The up and coming prospects who are soon to be main eventers, and the former main eventers whose purpose it is to enhance new talent. The guys who really have no direction should be minimal. That’s why I call Johnny Ace to action. Get the axe and trim some of the fat in the WWE. And just in case he asks, I have my recommendations for who and how I would “future endeavor.”

Michael McGillicutty. Michael, your ring work is average at best. You are severely lacking charisma and have not shown an ounce of skill on the microphone. You should take it personally that someone else on the roster is being compared to your dad when you already had the genetics advantage. Michael, we wish you the best in all future endeavors.

Tyson Kidd. Tyson, you have tremendous skill in the ring. However, your size is detrimental. We don’t have a cruiserweight division, finding a suitable partner for a tag team will be difficult, and as far as pushes go, there is a long line of more deserving and more marketable people than you. I can’t help to think your talent would be showcased better elsewhere. Tyson I am sorry but we wish you the best in all future endeavors.

The Great Khali. Khali, you were a strong character at one time. Your usefulness has expired because we have jobbed you out too much. We could push you as a monster again but your limitations in the ring make the investment too risky. Your comedy is appreciated but your size could end up hindering the legitimacy of our other big men. Khali, हम की कामना करता हूं कि आप आपका भविष्य में सर्वोत्तम प्रयासों.

JTG. JTG, the only reason you have escaped termination is because I keep forgetting you work for us. I didn’t realize you were still on the roster until I looked on the website. I wish I didn’t just fired Tyson Kidd because the two of you would have made a great tag team. The truth is we would have pushed you two for a week and then send you back to internet matches. I guess we will have to find someone else to enter 4th in the Royal Rumble next year, but that’s my problem now. JTG, we wish you the best in all your future endeavors.

Tamina. Tamina, your appearance does not match the standards for our other Divas and your skills are nowhere near good enough to carry a respectable match with less talented opponents. The writers have no idea how to work your into the programs because getting the people to sympathize with you will be difficult and making you a dominant Diva would be doing Beth and Kharma a disservice. We could give you a “Superfly” like gimmick, but I imagine that being botched to high heaven so let’s not even bother. Tamina, we wish you the best in all your future endeavors. 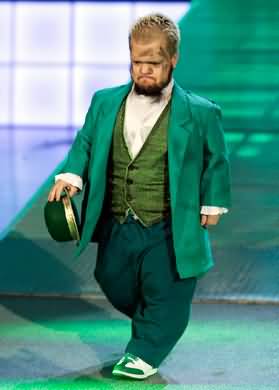 Hornswoggle. Hornswoggle, we have exhausted all possible short jokes and skits highlighting how vertically challenged you are. We have a character named “Little Jimmy” and we thought it would be better if nobody played him instead of you. And in fact, it is working out much better. Also, you are a leprechaun and our champion is billed as the first Irish born world champion, yet putting you with him would hurt his character. It is getting harder and harder to work you into television so at this point it is easier to get rid of you. I doubt there are kids who watch just to see you. Hornswoggle, we wish you the best in all your future endeavors.


Sin Cara. This was a tossup between yourself and Alberto Del Rio. I can’t fire all the Mexicans, and the fact is we haven’t totally given up on Del Rio enough to let him go yet. Your ring work should be show stealing, but you basically have not lived up to your hype. Coming back fresh could be a nice jump start but the people feel indifferent you, which is much worse than booing. The mask thing hasn’t caught on and your botched spots have made you very unpopular. Sin Cara, we wish you the best in all your future endeavors.