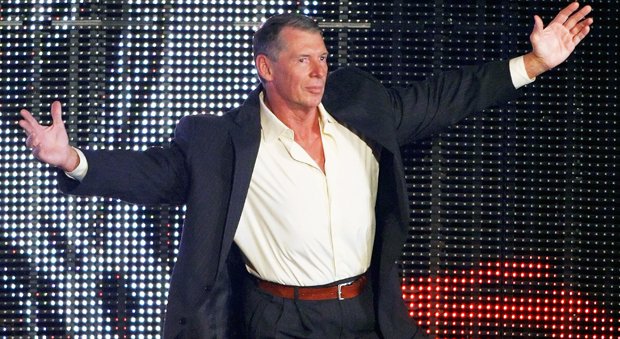 As the chairman and chief executive of World Wrestling Entertainment (WWE), Vince McMahon, 66, oversees a global professional wrestling empire with programming in 145 countries. After almost singlehandedly redefining both “wrestling” and “entertainment” in the 1980s, McMahon has successfully steered the company—which has launched the careers of every buff, bold-faced wrestler from Hulk Hogan to Dwayne “The Rock” Johnson—through steroid scandals and even severe miscalculations such as the XFL. Around the ring, though, business continues to boom. In 2011, the company brought in $483.9 million in revenue. As WWE prepares to celebrate the 1,000th episode of its flagship program, Monday Night Raw, Bloomberg Businessweek asked McMahon for his managerial secrets to success.

Listen to Your Employees—and Yourself

“You can’t say, ‘Go do so-and-so,’ unless you’re willing to do it. You can’t ask someone to put in a zillion hours unless you’re willing to go do it. You can’t ask anyone to have a passion for a product unless you have it. Listening is a lost art. I have a unique ability to listen to myself as I’m talking. That’s somewhat unique, but I think that to listen is to learn. I think some of things begin from a natural standpoint, and you’ve got to work at them. You’ve got to let it evolve.”

“Once you make a decision, you go with it, and everyone gets behind it. There’s no second-guessing. One of my expressions is, ‘First day on the job.’ That’s the way I like our executives to look at our business every day and what they do. When you do that, then it either confirms that what you did yesterday is the right way—or it’s, like, ‘Ooh, now that I have this new information. … There’s this new form of media, there’s a new way of thinking of things, you know, or I read a book last night, I read something in the newspaper ….’ Bringing that degree of intelligence and flexibility into the organization is very, very important.”

“Certainly the best way to fail in management [is to be distant and imperious]. You shut people down. If you have all the answers, why is anyone around you? If your ego is so big, then there’s no room for anyone else’s. The fear stuff—that is so rotten. You have to earn everyone’s respect. I have to do it every day. Sometimes I leave the office and I feel great. In military terms, I’ve got ‘scrambled eggs on my cap.’ I’ve got medals dripping off my chest. When I wake up in the morning, they’re all gone. You have to earn everyone’s respect in business every day.”

Clear Your Head and Find Your Zone

“I average about four hours of sleep. I don’t like to sleep. I’m missing something when I’m sleeping. From a personal standpoint, I’m aggressive by nature and I’m truculent by nature. So I need to have a socially acceptable outlet for that. That would be bodybuilding. I enjoy that. It’s a challenge to be stronger. I get a lot of enjoyment by training. Nutrition goes with it. I train for my head—not my body. The ancillary benefits are that I’m healthy as a horse. It really does clear my head. It’s an opportunity to wash anything from my head, business-wise or personal. That’s my moment when I can get into a zone.”

“My first question is: Why do you want to work with WWE? They don’t have to know WWE, by the way. They don’t have to be fans. Sometimes that gets in the way. If they give me a boilerplate answer, I look at them and I say, ‘That’s a boilerplate answer. It’s not what I’m looking for.’ I’m very straightforward and very honest with people. That’s what I want back. Don’t tell how to make the watch—tell me what time it is. Be honest. It cuts through a lot of crap. People know where they stand. They know where you stand. Life becomes a lot easier.”

Complacency Is Your Worst Enemy

“Indecision ticks me off, but complacency would be the biggest thing. I don’t take anything for granted. There’s no entitlement. I’m not entitled to take my next breath. I will never be complacent. If I climb a mountain, I want to see the next highest peak. Encourage employees by giving them other opportunities. I think if you see complacency, you say from an HR standpoint, ‘We find that you’re becoming complacent.’ So as a quality I don’t like, that’s strike one. Strike two is if they can’t change—if they can’t look at it as the first day on the job. Sometimes people need a kick in the butt for themselves—personally or professionally. Strike three is when it doesn’t work.”